Wade Marynowsky has spent a month at AUT as a ST PAUL St, CoLab artist in residence. During his time he has collected obsolete technology and trash from around Auckland and combined these objects to create a choreography of machines, sound and light, activated through the intervention of digital technology.

Bricolage Disco straddles both theatre and ‘live art’ or ‘performative media’, causing technology to perform within a system and set of parameters that allow the work to continually unfold and evolve. Bricolage here refers to the construction or creation of a work from a diverse range of things that happen to be available, or a work created by such a process. Disco is presented through the autonomous ‘performance’ of the sound and light instruments and via Celtic Frost a spinning guitar mirror ball made from smashed mirrors.

Wade Marynowsky (born: 1974) is a hybrid media artist working across robotic, immersive and interactive installation, performance, music and video. Since 1998 Marynowsky has exhibited and performed extensively in Australia and internationally. In 2010 he has performed live at Super Delux@Artspace, Sydney, as part of the Biennale of Sydney, presented his work at the Mediations Biennale, Poznan, Poland and in the Premier of Queensland’s National New Media Art Award 2010, Gallery of Modern Art, Brisbane.

Wade Marynowsky undertook a residency at AUT University from 25 October to 25 November, 2010, supported by ST PAUL St and CoLab, working in the CoLab Interactive Suite (WT 501) to prepare his work.

Bricolage Disco was supported by the NSW Government, Australia through Arts NSW. 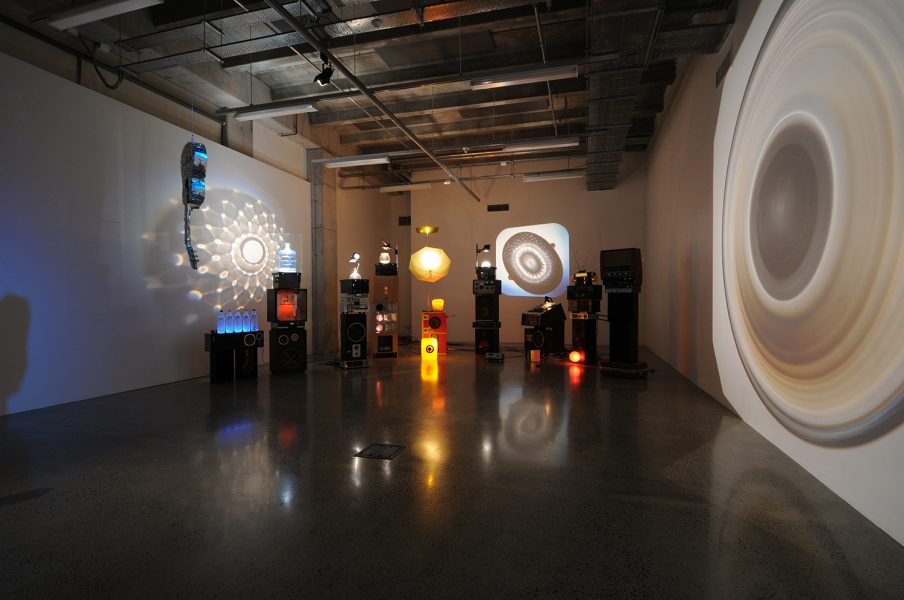 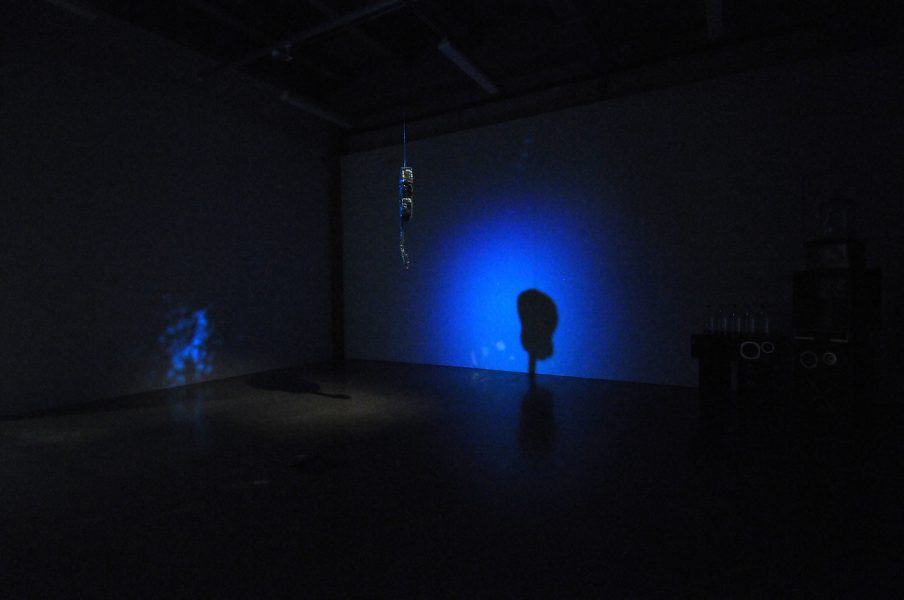 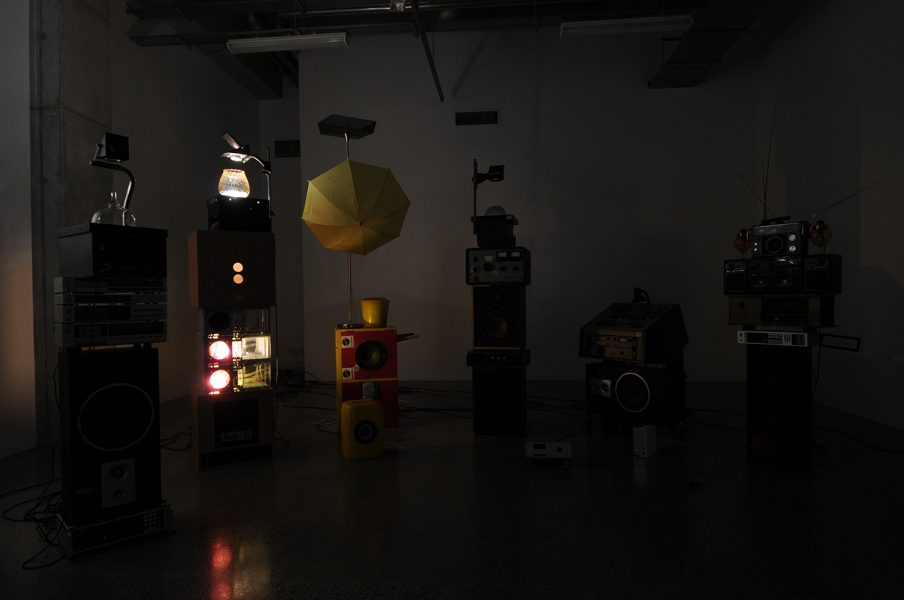 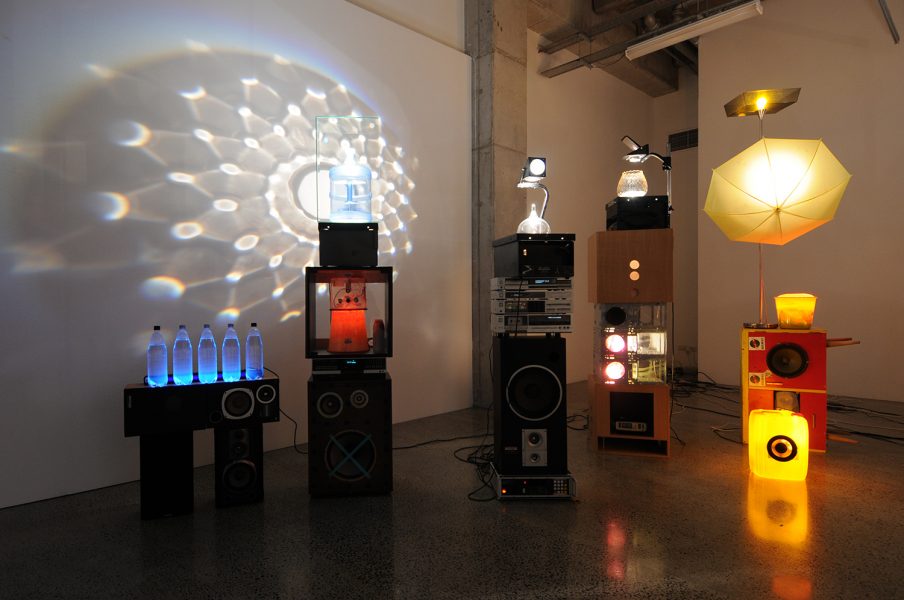 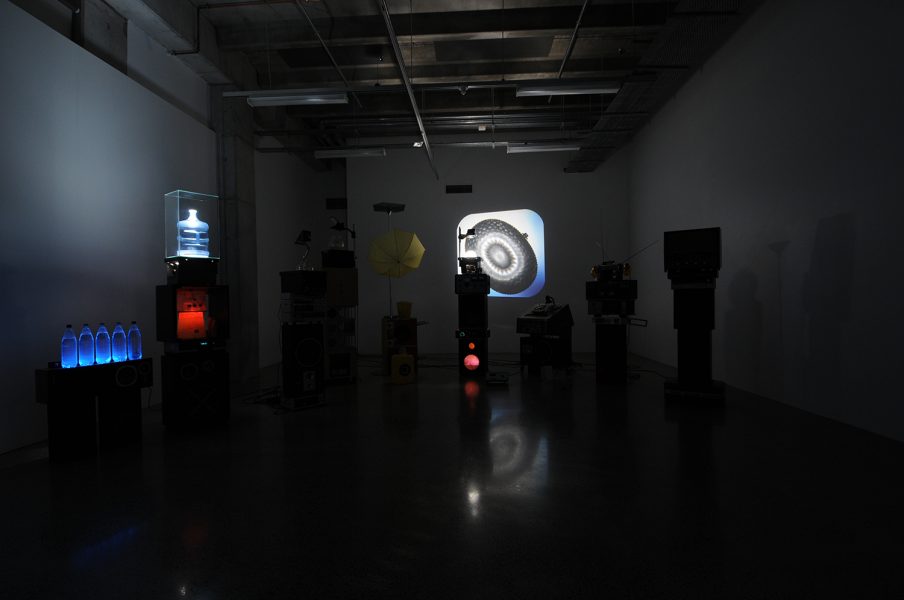