What more can I say

My performative practice engages with desire: desire for objects which have meaning to the possessor, such as airline blankets; sexual desire; desire for an attribute that a figure is purported to possess or embody such as bravery and competence; and the empathic embodying of how the subject enacted may feel about the desires directed at them. All are desires that I both express and elicit from the audience in my exploration of pivotal figures in the Transit Zone.

My own obsession can be clearly seen in the 2006 work What more can I say. In three acts a woman/the artist explains to the camera how she likes to care for the airline blankets that she collects. In the first act, she demonstrates how she irons the blankets and folds them so that they are all the same size. In the second act she discusses the origin of each of the blankets in her collection and how some are gifts given to her by others who know of her obsession. In the final act the woman demonstrates alternative uses for the blankets including using one as a backless dress. Through these acts we see how she uses the blankets to entertain herself, and how she defines herself through her interest. The woman is not limited by her obsessive blanket collecting, instead, she is stimulated by it.

To a certain extent the video is a metaphor for my broader obsession with the Transit Zone as it has played out over the last eight years, most recently within the process of my PhD candidature. The video performs an autobiographical truth transformed into a wittingly constructed character. I am not masking myself, rather I am deliberately and visibly performing an identity which explores the interstices between the artist/myself and the constructed ideas of a character or role connected to aviation: the flight attendant, the pilot, and the individual obsessed with flight and its associated accoutrements. The artworks shift our conceptions of who and what these selected figures of the Transit Zone are and how they have come to be constructed in broader social imaginings. 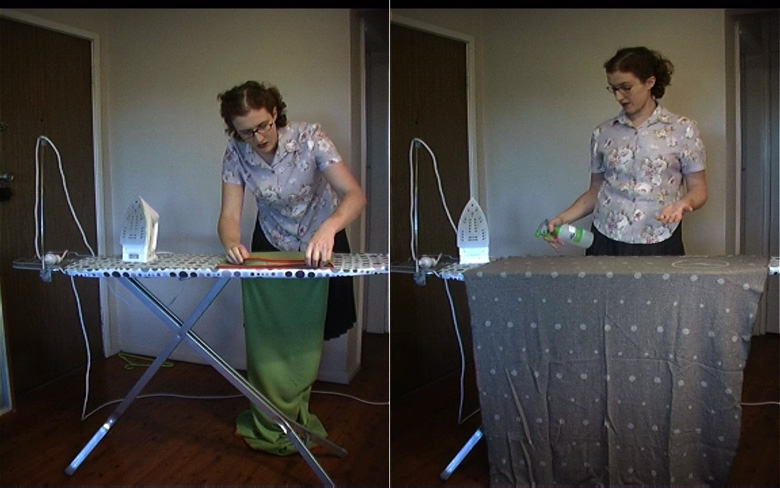 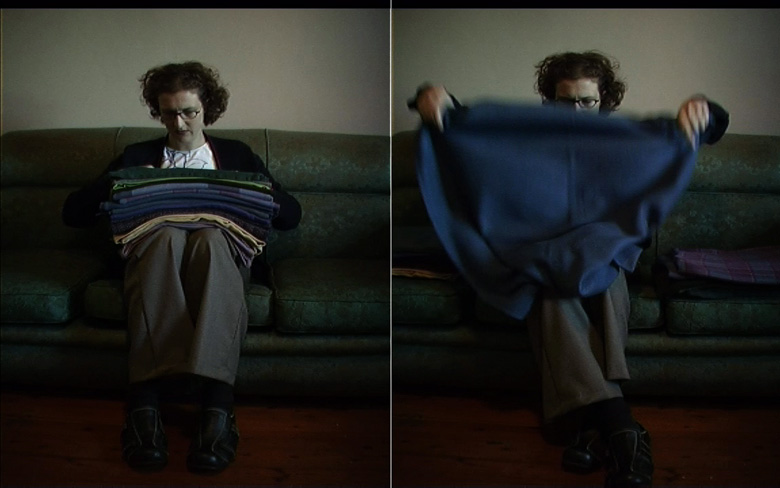 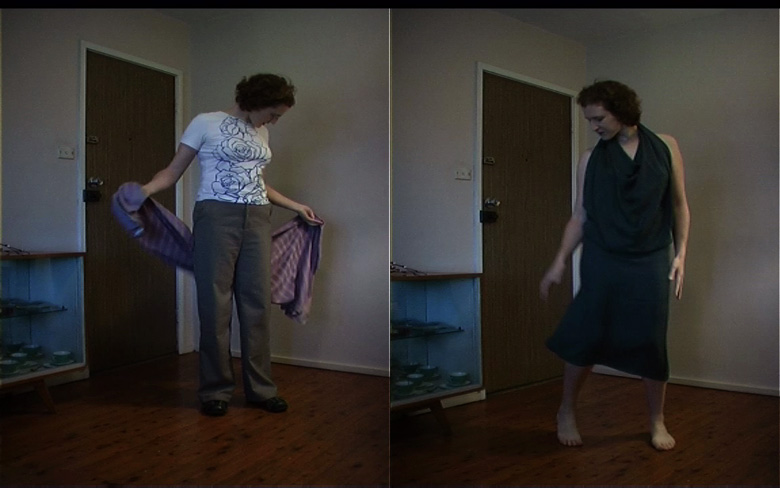