In July 2013 I undertook a two week residency at Rumpus Room in Melbourne. At the end I presented two works, one a video collaboration with Ashlee Laing, and the other an occupation of the neighbouring empty field, number 34 Bloomfield St. The video performance and sculptural intervention both responded to Australia’s ‘Boat People’ policies on asylum seekers and New Zealand’s 2013 Immigration Amendment Bill which seeks to bring New Zealand into line with Australian policy. 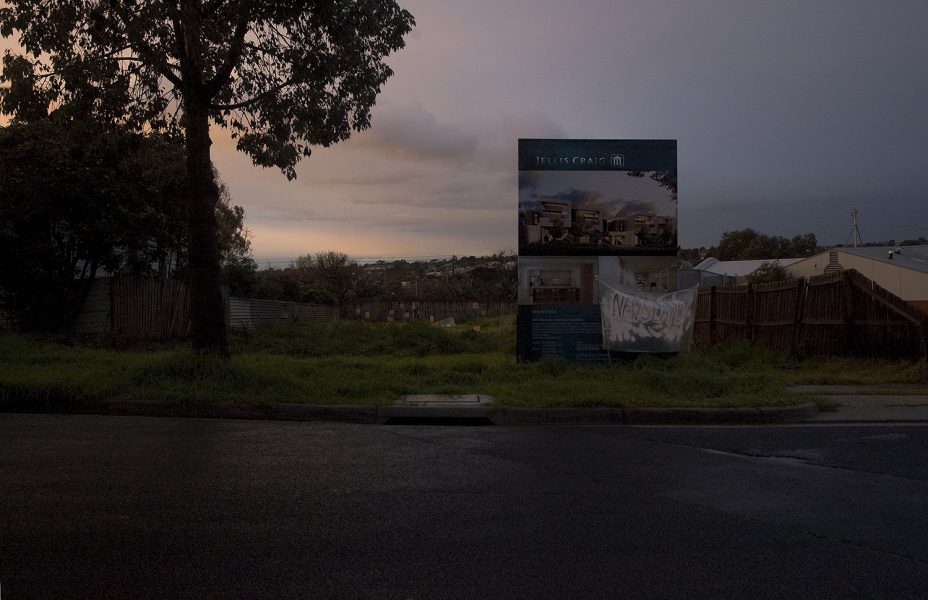 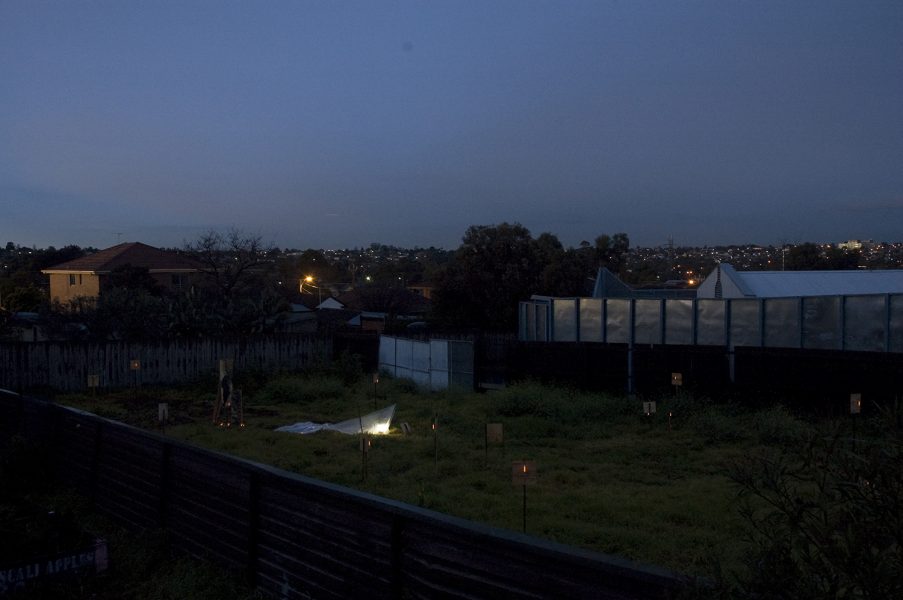 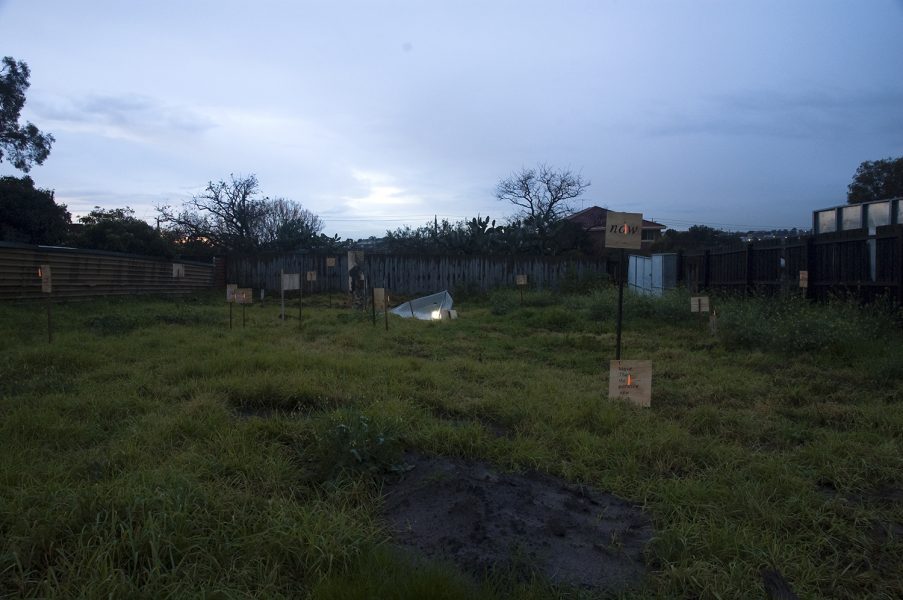 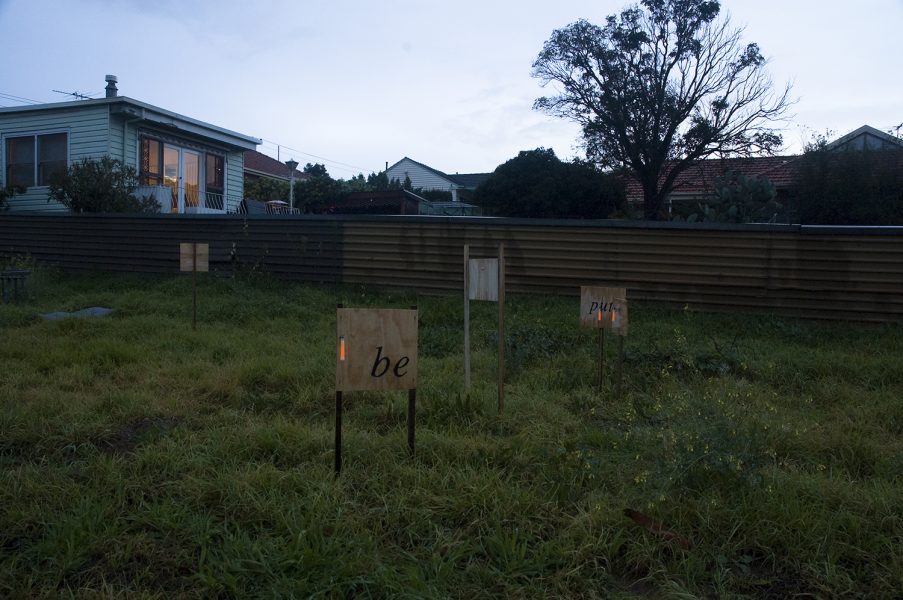 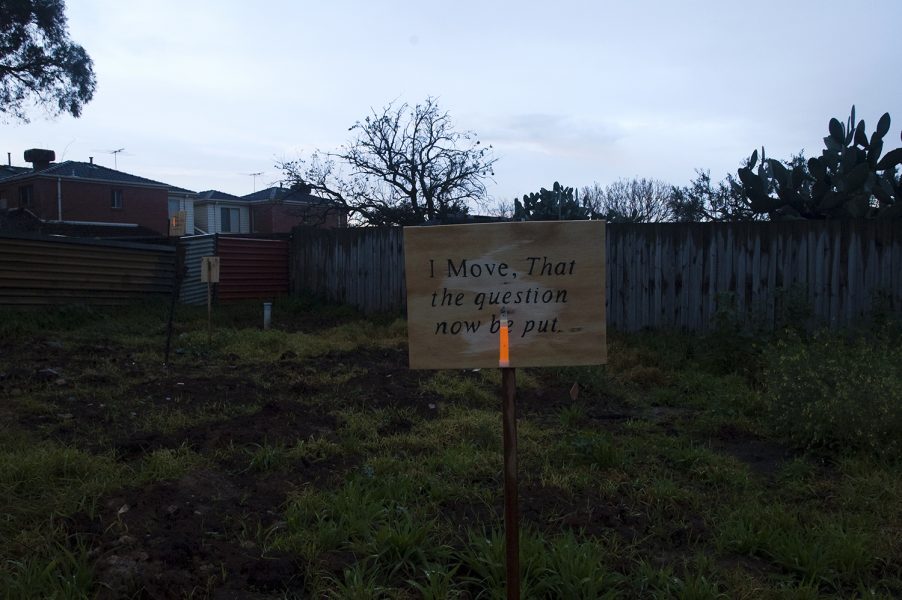 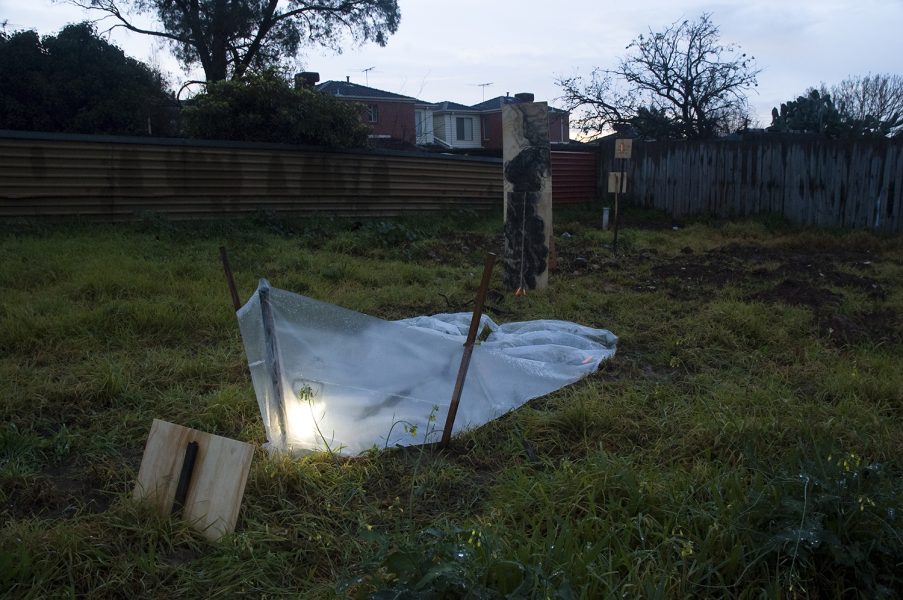 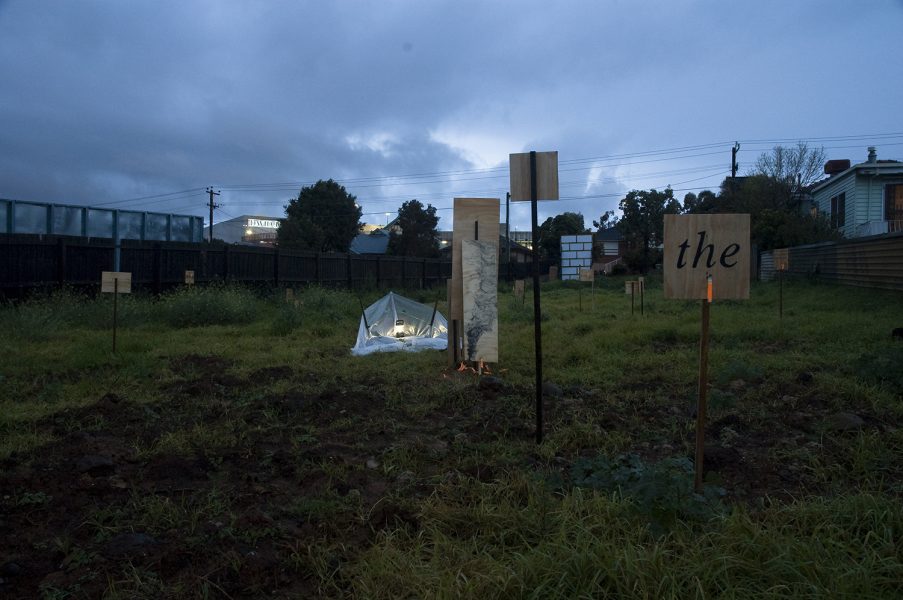 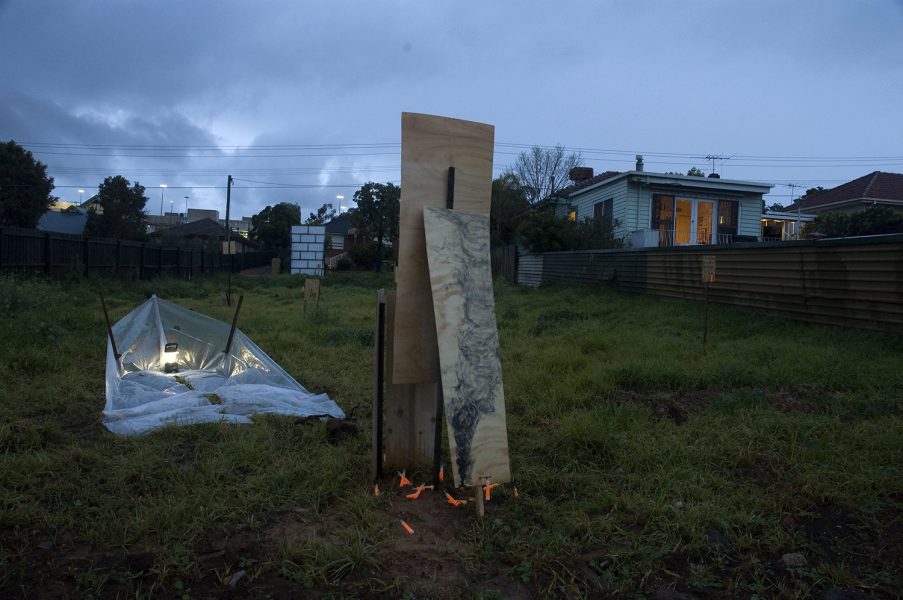 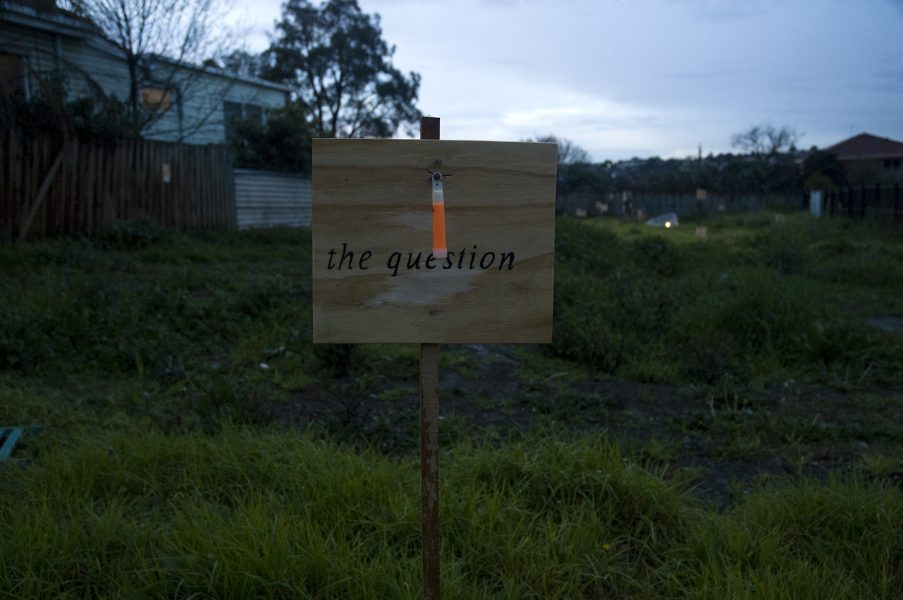 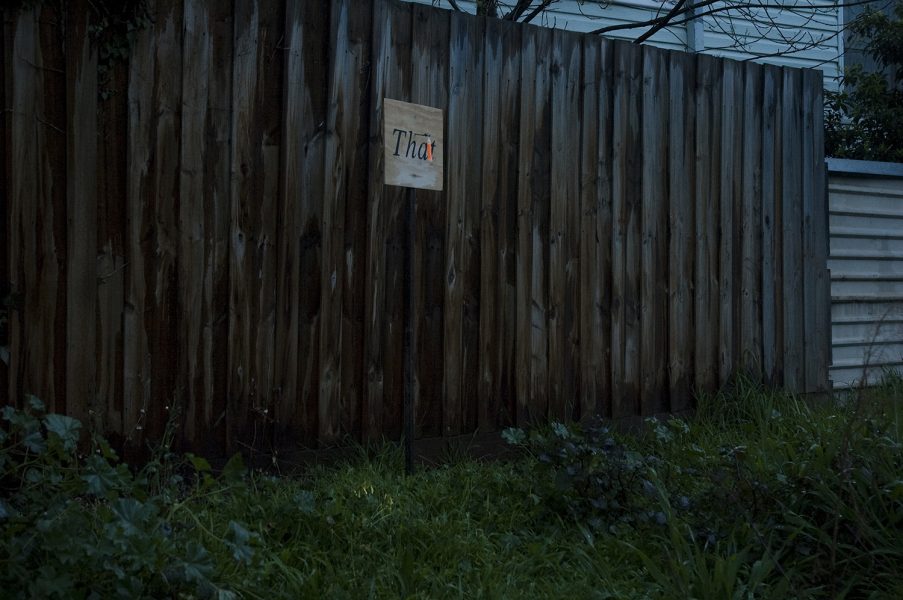 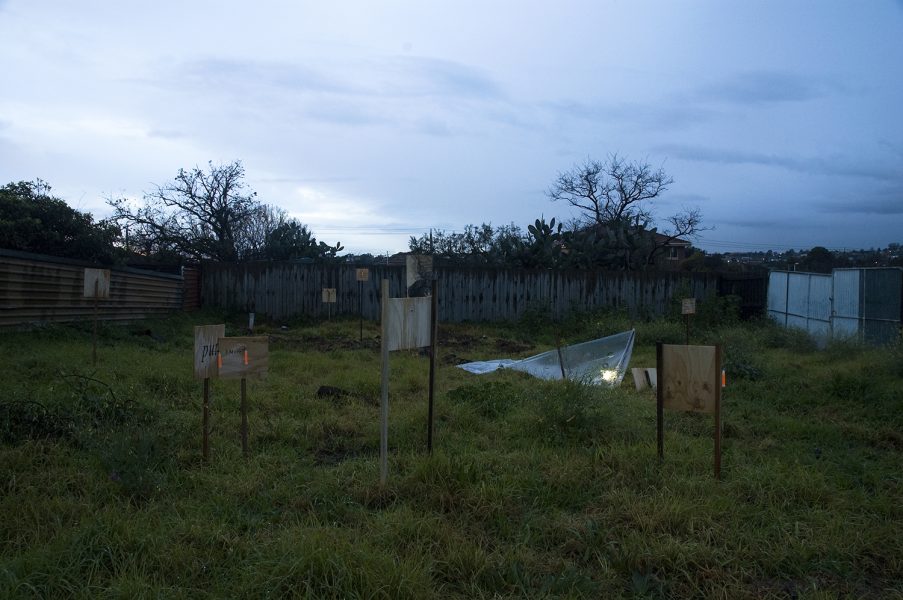 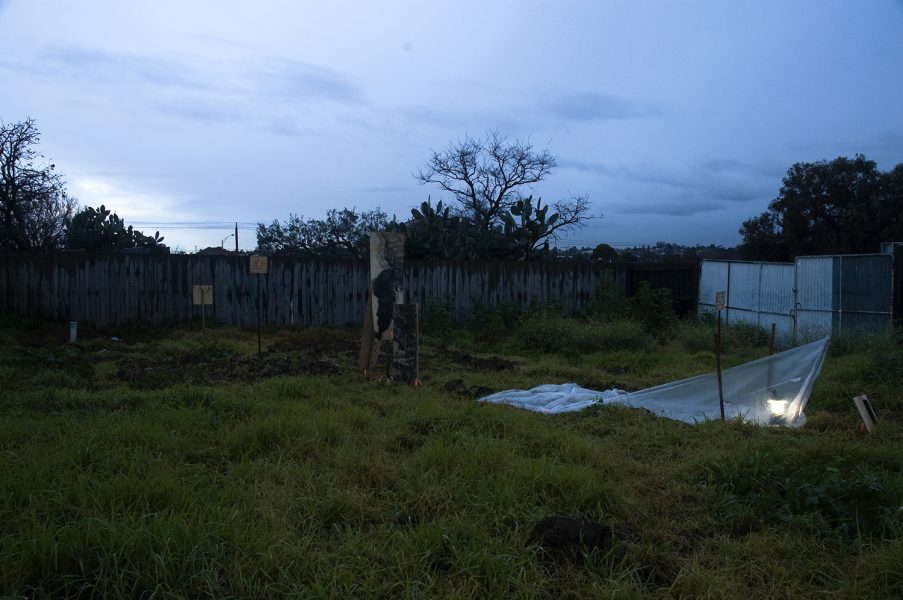 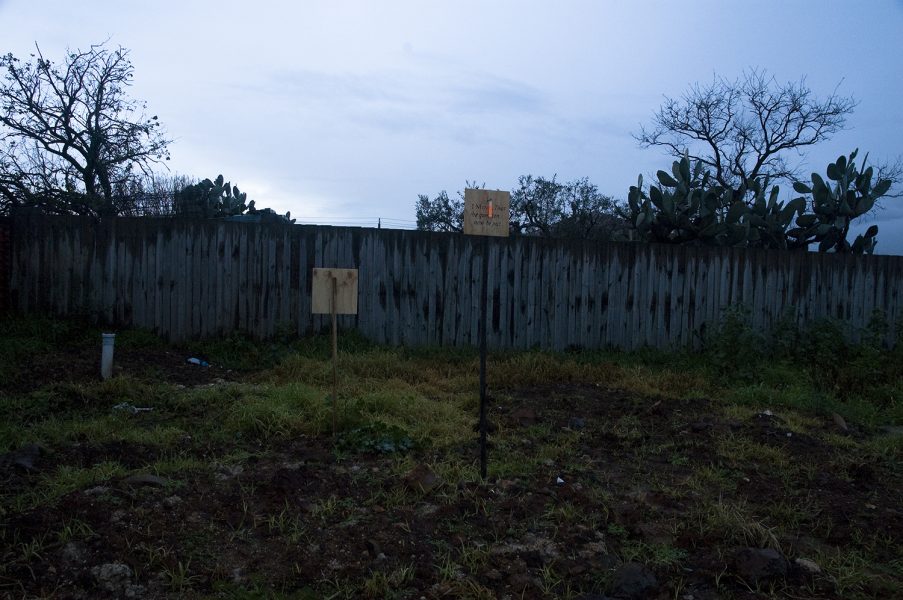