Throughout my work I have utilised the airline blanket as a device to discuss air travel. It represents an airline in its specificity, but more than that, it stands in for the comfort and discomfort of flight, the superficial privacy and intimate physical contact of close quarters, the idea of security and the danger of flight. The blanket is a object of retreat and protection. A simple object, but one which has many associations which can be used with great complexity. 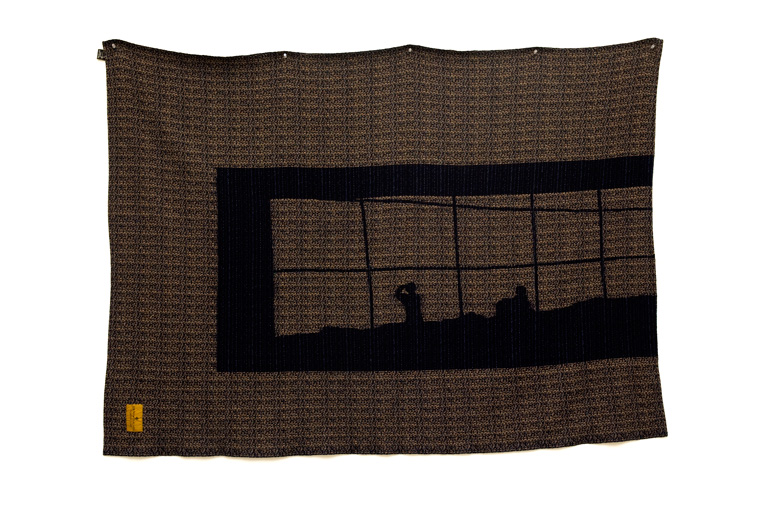 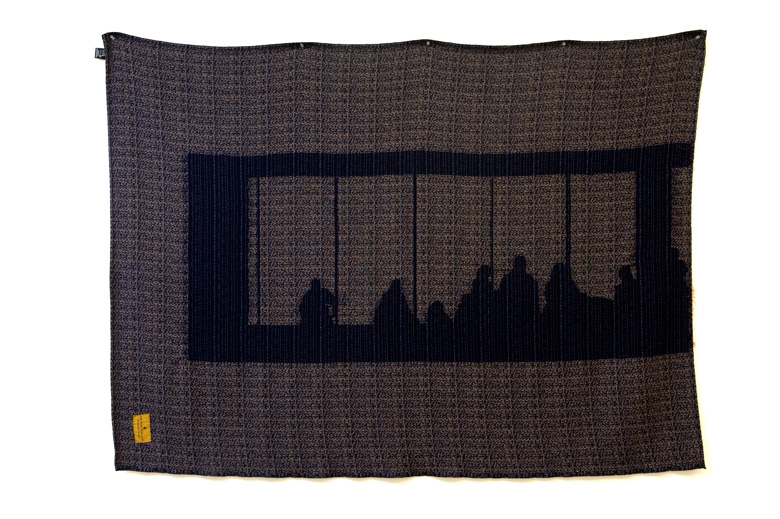 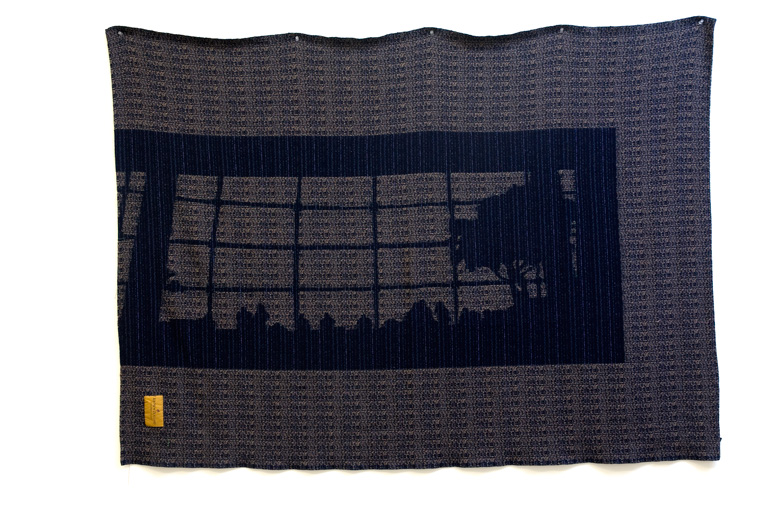 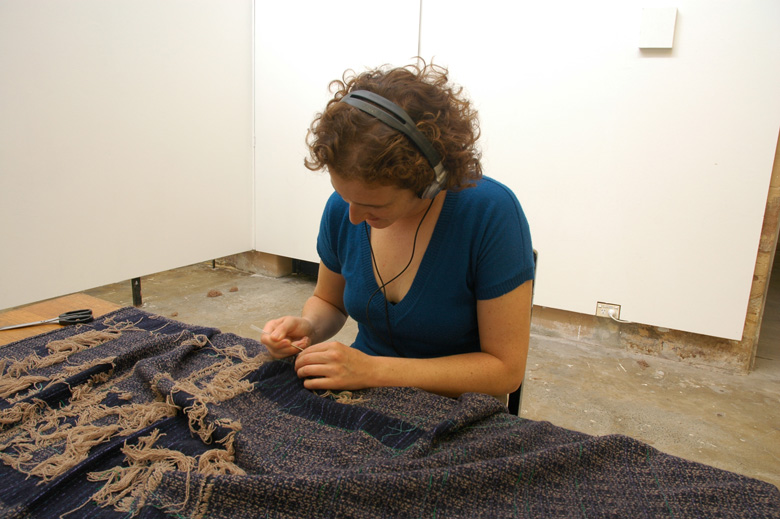 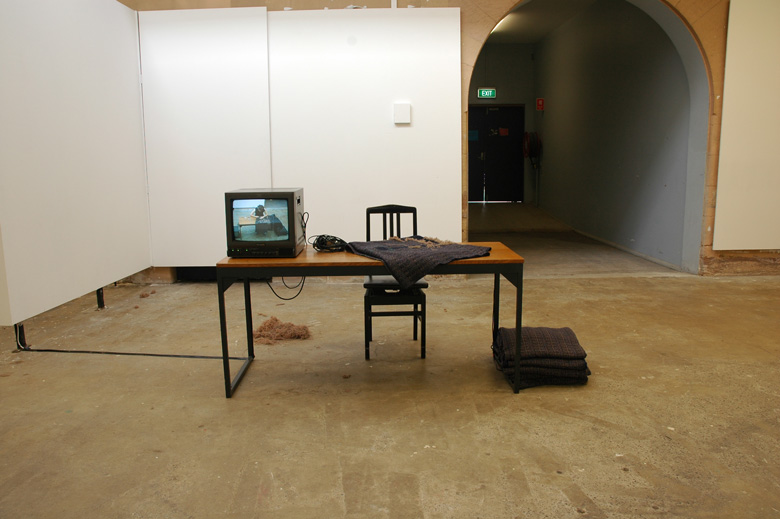