A platform from which to look at the sea

In this two-part artwork, Melissa Laing reinscribes the ordinary act of transit across the Waitematā harbour as one of wayfinding through a landscape of ideas and experiences that the many enterprises animating the thoroughfare of the gulf would normally obscure.

Once on board the ferry, an audio accompaniment to the journey can be activated. The track weaves personal histories, conceptual provocations and ambient sound effects, all synced with the sensory experience of the passage to give an expanded and embodied account of the Hauraki gulf and the poetics of the ocean.

The second component of the artwork is a platform on the headland, carved in single relief to look like the ocean surface, and constructed in reference to the different built structures we use to interact with the sea, like wharves or pontoons. Laing offers this part of the work as an opportunity for visitors to stand looking back to the city, and to reflect on the tapestry of social and environmental ecologies that this body of water knits together as it wraps around the Auckland isthmus. 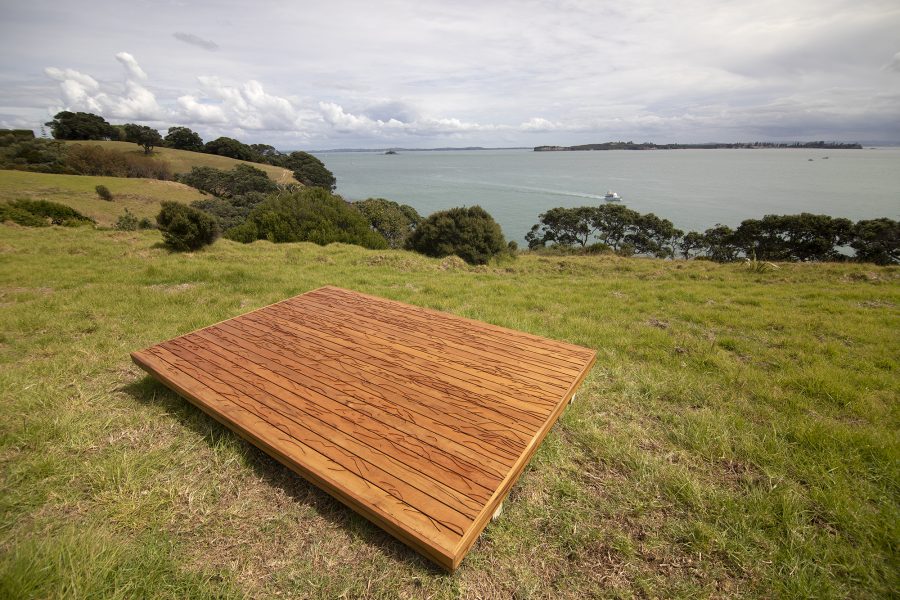 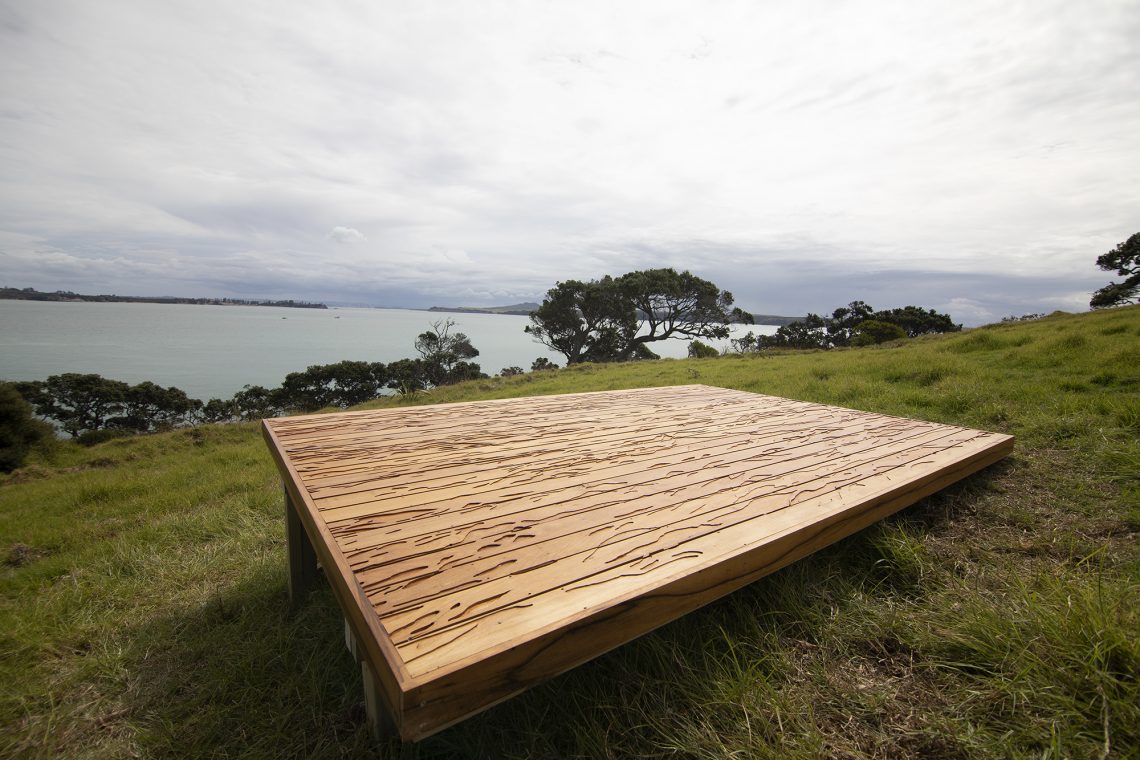 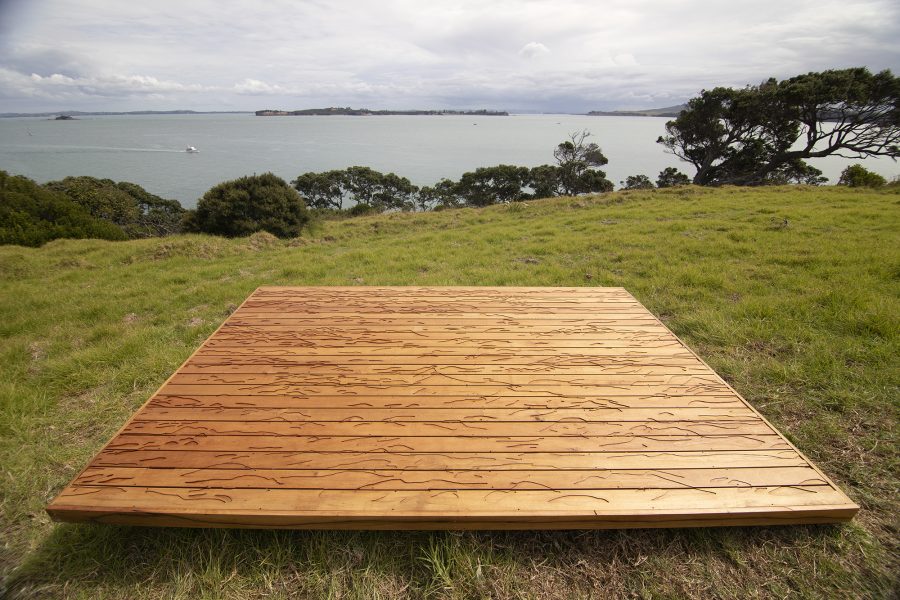 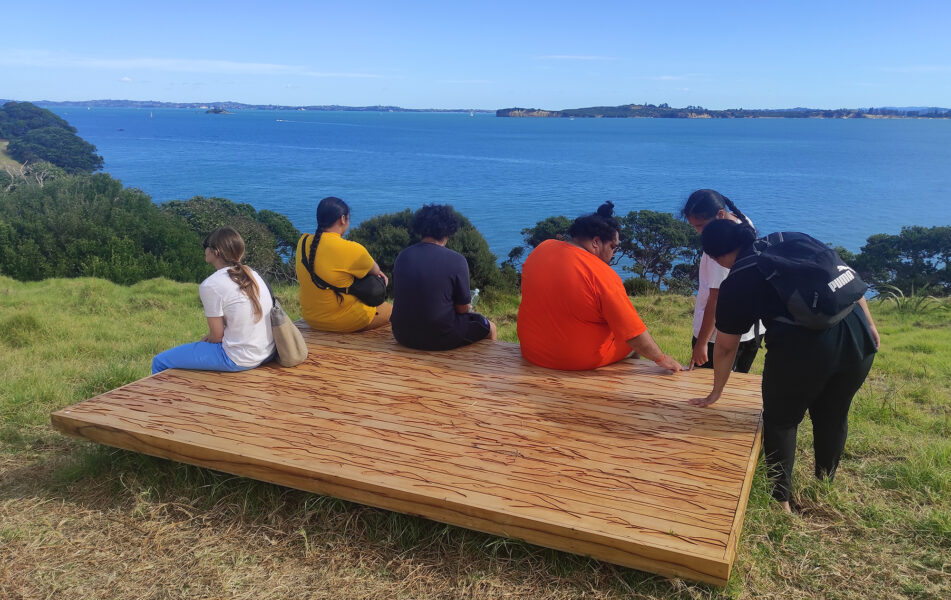